"Genius is an African who dreams up snow." 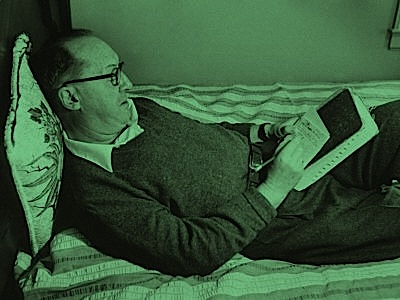 Vladimir Nabokov
To My Youth
We used to believe so firmly, you and I, in the unity
of existence; but now I glance back–and it is
astounding–how impersonal in color, how unreal in
pattern you have become, my youth.
When one examines the matter, it is like the haze of
a wave between me and you, between the shallows and the
drowning–or else I see a receding highway, and you
from behind as you pedal right into the sunset on your semi-racer.
You are no more myself, you’re a mere outline, the subject
of any first chapter–but how long we believed
in the oneness of the way from the damp gorge
to the mountain heather.

We So Firmly Believed
We so firmly believed in the linkage of life,
but now I’ve looked back–and it is astonishing
to what a degree you, my youth,
seem in tints not mine, in traits not real.
If one probes it, it’s rather like a wave’s haze
between me and you, between shallow and sinking,
or else I see telegraph poles and you from the back
as right into the sunset you ride your half-racer.
You’ve long ceased to be I. You’re an outline–the hero
of any first chapter; yet how long we believed
that there was no break in the way from the damp dell
to the alpine heath.
Vladimir Nabokov